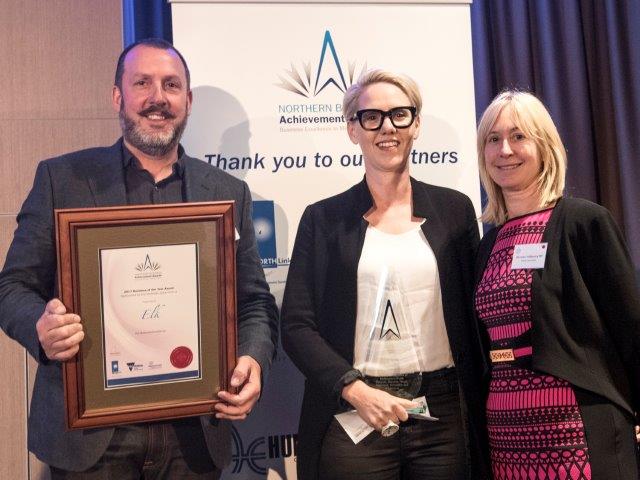 The 2017 Business of the Year Award sponsored by the Victorian Government was awarded to Preston clothing and accessories business Elk, for business excellence across all areas of operations (nominated by the City of Darebin).

The Awards align with NORTH Link’s aims of economic development and marketing and promotion of Melbourne’s North, by recognising local business achievement, encouraging innovation and providing valuable networks and opportunities for enterprise growth and development.

To encourage continuing accomplishment amongst businesses, the Northern Business Achievement Awards (NBAA) have been created as a series of business breakfast events designed to:

Chris Heysen Chair of NORTH Link said “The 2017 NBAA Grand Finale again showcased the best that Melbourne’s North industry has to offer and highlighted the growth and innovation occurring in the North. I congratulate the winners and all nominees on their achievements”.

The NBAA was created by NORTH Link with initial funding from the Victorian Government and the support of the Cities of Banyule, Darebin, Hume, Moreland, Whittlesea and the Shire of Nillumbik.